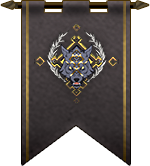 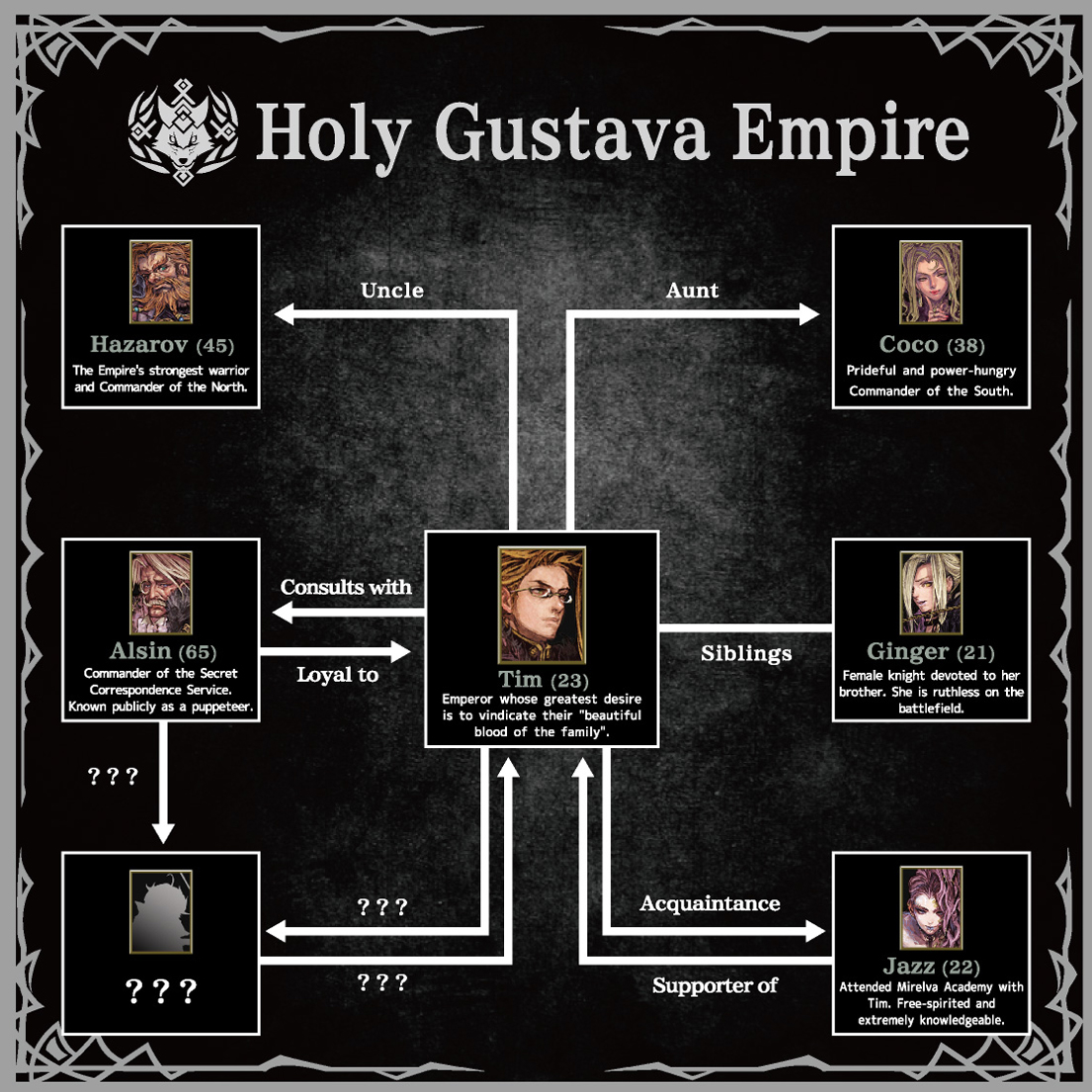 A long time ago, in a poor and desolate northern area deprived of the blessings of Mana, Asid Gustav led a group of wanderers displaced by other countries, forming a nation now governed by the Gustav clan that inherited his will.
The country’s locality, history, and lack of Brigandine was the source of much scorn from other countries, but the Gustav clan unified itself through the worship of their hero Sin Gustav and the Zoar religion, building itself up into a mighty empire.